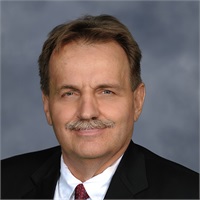 Though his chief ambition is to one day control the entire Internet, Garry busies himself in the meantime running LFG’s Information Technology Department, assisting, planning and producing a secure company network and internet environment, writing copy and rewriting others’ copy. Originally from Cincinnati, he relocated to Cincinnati in 1979

In his spare time, Garry  is a mentor for at-risk young men with Big Brothers Big Sisters and Boys Hope Girls Hope in the Cincinnati area. Through volunteering, Garry repays what he has been blessed with.

He enjoys spending time with his family and being the best person he can be.